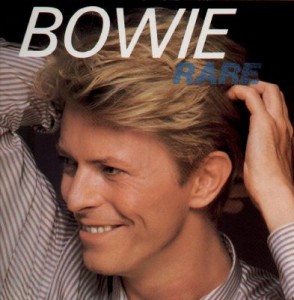 David Bowie Rare (often known as Bowie Rare) was a compilation album released by RCA Records to cash in on David Bowie for the 1982 Christmas market. The artist’s relations with the company were at a low – Bowie had recorded his last music for RCA with the Baal EP, and had already been annoyed by the release of his five-year old duet with Bing Crosby (“Peace on Earth/Little Drummer Boy”) as a single without his consultation. Bowie let it be known he was unhappy with the Rare package, and would sign with EMI for his next album. All of the songs were being issued for the first time on an LP and cassette.

The compilation contained a mix of rarities ranging from 1969 to 1980. There is no CD reissue of this compilation yet, and the release of one seems unlikely as much of the content is available on other CDs.

The album reached No. 34 in the UK album charts. The album was not issued in the USA.

Track listing[edit]All songs are written by David Bowie except where noted.