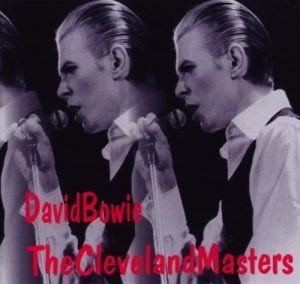 Label: No label
Audio Source: audience
Lineage: AUD(M)
Total running time: 1:44:44
Sound Quality : noise ,dull ,but still good listened to
Attendance: 8.000
Artwork: yes.
Info: This is the same concert as “Neoexpressionism”, but this time the recording is sourced from the master analog tapes, owned by dbdigital.
This set was released under the name “The Cleveland Masters”.

Many years ago I decided to sell my silvers of “Neoexpressionism”, so I am not certain what the differences are. Quite possibly this recording has a longer intro and maybe it has a (slightly) better sound?

Bowie was high on cocaine in those days, probably that’s the reason why there are 2 (!!!) false starts of TVC15.
Anyway, it’s a good recording from the StationToStation Tour, one of the few enjoyable ones there is.