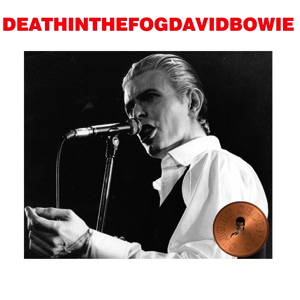 Halfway Life on Mars Bowie stops singing and tells the audience he’d rather not sing it. So they simply continue with Five Year’s. “My name is David Bowie” he says after the band intro. This tape does also feature parts of the music of the film ‘Un Chien Andalou’.

iZotope RX2 denoiser to remove hiss
Gap in Chien Andalou at 2:49 – removed.
End of Chien Andalou is messy with stop/starts. Two very short, oversaturated segments simply delete.
Stop/starts to almost all tracks, removing applause between. Removed with fades (where required).
Gap 2 seconds into Station To Station, with some intro lost. Removed with fades.
Volume reprofiling to left channel required from Fame to Waiting For The Man.
Tape flip during Waiting For The Man (3:44) – removed with fades. Speed correction after the join with a factor of 96%, which is also applied up to (and including) Panic In Detroit.
Tiny gap immediately after the start of Queen Bitch simply removed.
Drum solo is removed from Panic In Detroit – tidied with fades (2:26).
Sector boundary errors tidied with TLH.